This post is not sponsored and covers my experience with using Ray.

Ray is a tool released by the wicked team Spatie. Ray aims to replace the dump & die method of debugging by using an interface to catch all the debug output. There are currently adaptors for:

Since I started coding, Dump & Die has been the way I have debugged applications. I never enjoyed using xdebug as I found it clunky and a pain to set up - I hear this is less of a problem now.

When Spatie announced the release of Ray I wasn't completely sure what to think. Ray felt like it was just a UI that wrapped my debug statements and brought me out the browser.

Since they have a limited trial available I thought I would give it a spin anyway and see if it could help. After a few days I was happy to buy Ray and found it helped me out for a few reasons:

How to use Ray

To get all queries executed between lines of code you can use the showQueries method which begins tracking them.

The model() method prints out an array of the model's data to ray. You can also get the full output by using the raw() command. 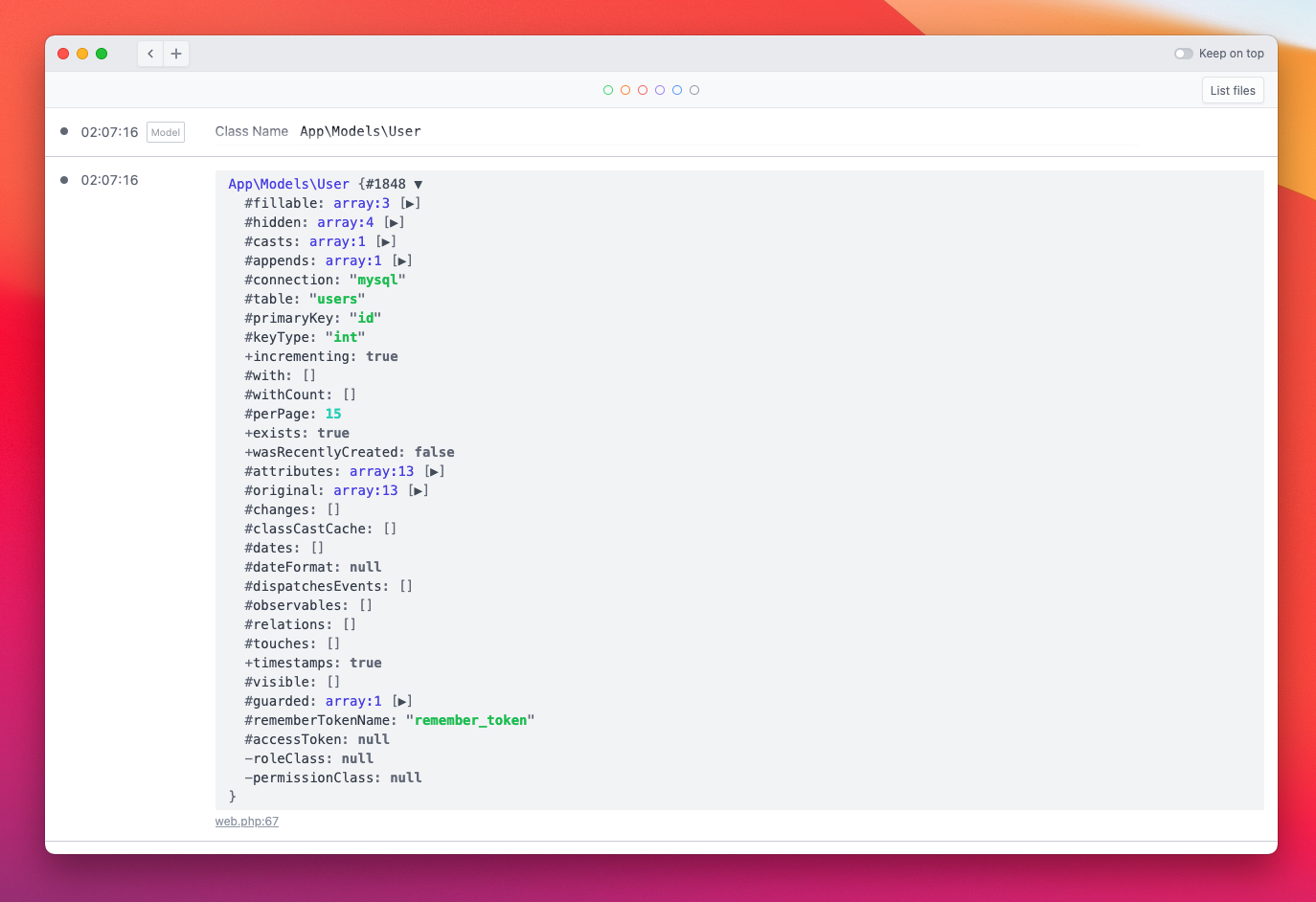 To see the rendered version of a mailable you can use mailables().

To check an image you can use the image() method to have it displayed in ray.

There are a lot of handy methods included within ray so far and more are being added as the team release updates. If you've been hesitating giving ray a try I'd highly recommend downloading the trial and giving it a play.